by Pieces of History

The Regulators of Lincoln County were formed in 1878 after rancher John Henry Tunstall was murdered by the corrupt posse of Lincoln County Sheriff William Brady. Tunstall and his partner Alexander McSween moved to Lincoln County to start a cattle ranch, store, and bank but their arrival only fueled the anger of Lawrence Murphy and James Dolan who had controlled Lincoln County for years and weren’t ready to give up any profits.

Murphy and Dolan conducted many illegal activities which Sheriff Brady ignored due to being in Murphy’s pocket. As the conflict grew between Tunstall/McSween and Murphy/Dolan, Sheriff Brady sided with Murphy and Dolan. When the law refused to go after Tunstall's murderers, his ranch hands were deputized by the Justice of the Peace, forming a posse known as the Regulators. Thus began the Lincoln County War. They were given warrants to serve on the Sheriff's posse, but as it turns out, they mostly served bullets of which Sheriff Brady was one of the many recipients. 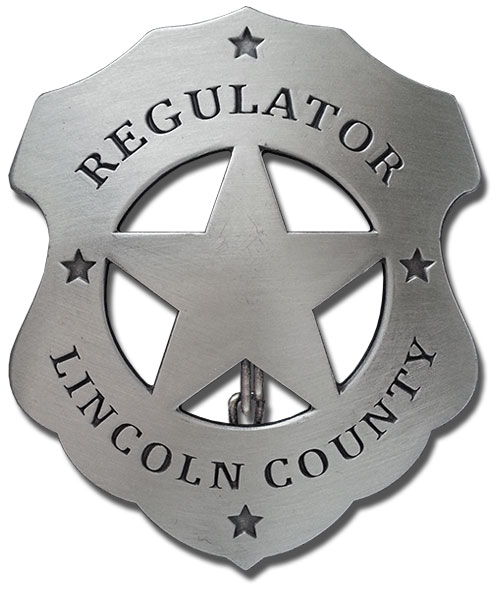 Our a blog highlights different products and provides a little history.  We also feature various memorable, meaningful, or comical pieces of history.