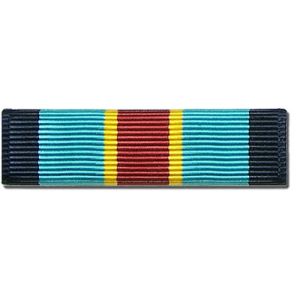 The Army Overseas Service Ribbon was first issued in August 1981. It is presented to any member of the United States Army who completes a standard overseas tour of duty. In the 11 December 2006 revision of AR 600-8-22 (Military Awards), the Army eliminated the policy which had restricted the awarding of the Overseas Service Ribbon when another campaign or service medal is awarded.

1 Butterfly Clutchback:
2 Butterfly Clutchbacks:
Magnet:
Verticle Bar Style Pin:
Found this site purely by accident, decided to buy some items because prices were reasonable, and nice selection of military items I was looking for. Order came fairly quickly despite 1 thing was out of stock. I'd buy again from here.

We provide
Friendly support
CONNECT WITH US AND SAVE
Sign up for email and get 10% off!
What Our Customers Say
Purchased the 50th Anniversary of the Vietnam War Commemorative Medal for my father and uncle....
Debbie 11/13/2013
Very satisfied with the product. Arrived on time and even better than I thought it would....
Happyghost333 - Quebec 08/22/2014
THANK YOU AT PIECES OF HISTORY THE PRODUCT MORE THAN I COULD HAVE HOPED FOR THE QUALITY JUST GREAT

Bryan Earl - Carlisle UNITED KINGDOM 02/12/2015
I am pleased with service arrived within a few days of confirming order i will be ordering a...
Errol Henry - christchurch, new zealand 06/02/2012
To start off with I'm very pleased with the Viet Nam 50th annerversery ribbon and medal. It was...
Francis Dale McCormick - Baton Rouge, Louisiana 05/17/2012
I have purchased a few items 4 Infantry division patch a Vietnam patch and some custom stars I...
john - Perry, OH 12/11/2014
As a first-time customer, I am pleased with your service and the western badged I received.
Jonathan - Kansas 07/03/2011
The badges we bought are of very good quality. My husband is using the charm as a watch fob. Just...
Joyce - ohio 05/25/2012
I am a long-term customer and have consistently experienced outstanding business transactions...
Ron - Oxnard CA, United States 12/13/2019
I recently took a motorcycle trip with my wife and friends from Phoenix to Durango, Colorado. We...
D. Davis - PhoenixArizona 07/15/2015 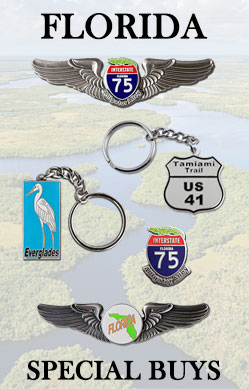