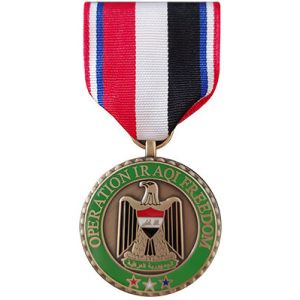 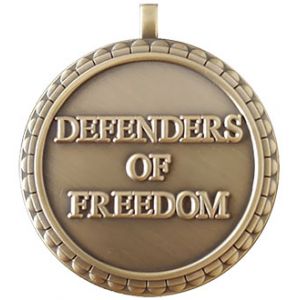 The Operation Iraqi Freedom Commemorative Medal was designed to honor the troops involved in the liberation of the people of Iraq from the dictatorial rule of Saddam Hussein, from March 20, 2003 to the end of 2011.

The reverse of the medal reads "Defenders of Freedom".

We provide
Friendly support
CONNECT WITH US AND SAVE
Sign up for email and get 10% off!
What Our Customers Say
I am a wood carver and do demonstrations. I like to dress in a cowboy outfit. The Badge I...
STEVEN PHELPS - Shepherdsville United States 04/07/2013
Very nice product, great price and speedy delivery. Will recommend.

Billy Lowe - Cherryville NC 10/01/2015
Great quality. Beautiful medal. Couldnt get it from the people updating my ribbons, so bought and...
Jim Mustian - Cartersville, VA 03/29/2012
Purchased the 50th Anniversary of the Vietnam War Commemorative Medal for my father and uncle....
Debbie 11/13/2013
The POW?MIA Wings may be a small item, but the quality is excellent. The shipping seemed to be...
Michael Bulger - Derby, Kansas 04/12/2012
5 stars all around! Great website, very fast shipping, and best of all, great products! Sheriff's...
Bill C. - Rexford, NY 02/24/2016
I am pleased with service arrived within a few days of confirming order i will be ordering a...
Errol Henry - christchurch, new zealand 06/02/2012
Hi There
every delivery of Pieces Of History
is an emotion.I'm very proud to display the badges...
ottavio piedimonte - caserta italy 09/03/2011
I bought a sheriff badge with my brother's name inscribed. When he was a child he loved his...
geraldine williams - newport, telford, UK 12/05/2012
Very professional and fast service and eficacaz. 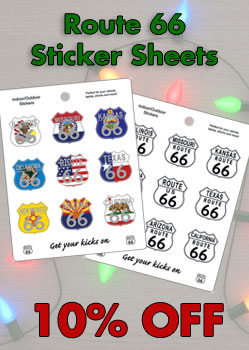